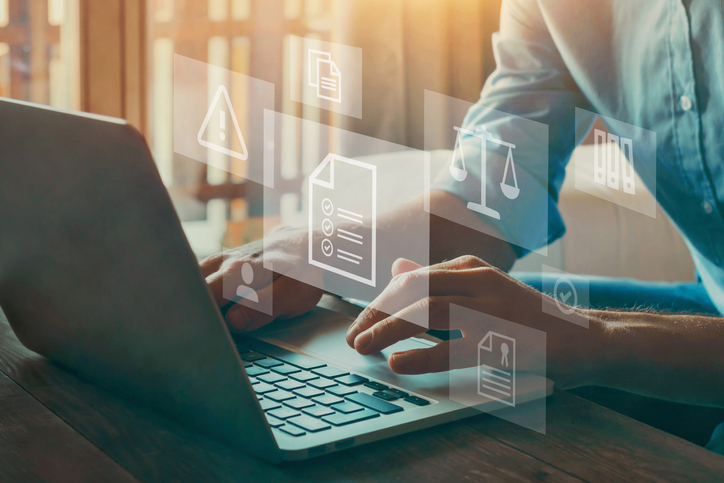 Before you even got your place at law school, you’d probably already heard about the bar exam. However, you may not have been aware that this exam is composed of a number of different tests. The MPRE (also known as the Multistate Professional Responsibility Examination) is just one of the exams you’ll need to take if you’re going to be admitted to the bar in the majority of states.

The MPRE test represents the bar’s ethics portion. It is offered separately from other components of your bar exam. You’ll probably take a course in professional responsibility while you’re at law school to help you prepare for this exam.

So, what is the MPRE? What should you know about it? Read on to learn everything you need to know.

The MPRE – An Overview

As we’ve already mentioned, the MPRE represents the bar exam’s ethics portion. It lasts for 2 hours and involves answering 60 multiple choice questions. The exam is administered 3 times each year.

Only fifty out of the sixty questions will count towards the total, and the remaining ten are exploratory pre-test questions. These cannot be distinguished from the questions that are scored, though, so you’ll need to treat every question as if it is a “real” one.

Your answer choices all start with either a no or a yes, followed by an explanation.

December sees the opening of registration for all test dates in the following year. The early registration period ends around eight weeks before the date of the test, with late registration ending a week later.

At one time, the MPRE was only offered in 4-hour blocks on Saturdays. Now, it is offered in 2-hour blocks on weekdays, and there isn’t a deadline for late registration. You should still register as quickly as possible, though, to make sure you’re able to get your appointment at a testing center and time of your choice, and also to ensure you receive any of the accommodations that you’ve requested.

Two bodies of regulations are tested by the MPRE. One of them are the rules governing lawyer ethics – the American Bar Association’s Model Rules of Professional Conduct. The other represents the rules covering judicial ethics or the ABA’s Model Code of Judicial Conduct.

Most commonly, the subjects tested on the MPRE include:

The scoring of the MPRE often throws off test-takers. There isn’t any nationally scaled score for passing, even though the exam is a national one. Every jurisdiction makes its own decision about how they will treat the test’s scaled score. The majority of students who take the MPRE test exceed the required score on the first take.

Passing the MPRE is essential to be granted admission to the Bar of every jurisdiction except Wisconsin and Maryland.

The MPRE score is scaled, ranging between 50 and 150, with the average being around 100. In New York, 85 is the score that is required to pass. This can be translated into a raw score of around 32 – 35 correct questions out of 50 testable questions.

Since the MPRE is a scaled test, the score is affected by all the candidates taking the test that day. This means that if the test was especially challenging, obtaining a lower raw score often nets you an exponentially higher final score.

When Can I Take the MPRE?

A lot of law students choose to take their MPRE in August in between their second and third years, or just a couple of months after their professional responsibility class has ended. Of course, you shouldn’t take this test before the material has been covered in law school.

Although it’s your choice when you take your MPRE, it’s important to plan carefully for the right time. You probably shouldn’t take this exam after you’ve taken your bar exam since you’re likely to experience burnout at that stage.

Students tend to prefer to take the MPRE in August since it won’t involve juggling studying for classes alongside studying for this test. Also, you should give yourself some wiggle room with time, on the off-chance you fail to obtain the necessary score on the first attempt.

You won’t be able to be sworn in until you’ve passed your MPRE so you won’t want to have any delays. Some jurisdictions, such as Massachusetts, stipulate that you must have already taken and also passed your MPRE before applying for the state bar exam.

How Do I Register for the MPRE?

Law students who are ready to take the MPRE have to register with the NCBE (National Conference of Bar Examiners). You will receive a unique NCBE account number which is associated with your exam scores as well as your Character and Fitness application.

How Do I Prepare for the MPRE?

If you don’t pass the MPRE you can’t be a licensed attorney, so obviously it’s very important to do everything possible to prepare properly for the test. The good news, though, is that you shouldn’t need to spend extensive amounts of time studying for this exam. The test will only cover the topic of ethics, therefore, you only need to revise this section of your learning.

Your professional responsibility classes will already have given you a very solid foundation for the ethics element of your study. There are also MPRE prep courses available that have practice exams that help you to nail down any concepts that you’re struggling to get to grips with.

What Happens If I Fail the MPRE?

Although nobody wants to think about failing one of the bar exam components, inevitably some people will. The good news, though, is that if you’re going to fail any of the components of this all-important exam, the MPRE is one of the best since you can take it as many times as you wish.

Around 18% of all students taking the MPRE achieve a score of 79 or less, and since 79 is the passing score in only 6 jurisdictions, it’s easy to see that many students need to repeat the test at a later date.

If you receive a failing score, the first thing to remember is that it isn’t the end of the world.

Create a study plan and make sure you adhere to it. You may want to sign up for a MPRE prep course and you should prioritize taking lots of practice questions. Remember to time yourself so you’re well prepared for the real test-day conditions.

Bear in mind that the quicker you pass your MPRE, the sooner you’ll be able to concentrate all your efforts and study on taking the bar exam.

How Many Times Can I Take the MPRE?

Unlike the LSAT, the MPRE can be taken as many times as necessary – rather like a driving test. Only the passing score will count, and you’ll only need to pass the test once – nobody will ask you about unsuccessful attempts!

You receive your score sent to your email address around 4 weeks after taking the test. It’s advisable to complete this component of your bar exam as quickly as possible while you’re still at law school – you shouldn’t wait until the last semester, just in case there’s a problem!

As you now know, the MPRE makes up one of the essential components of the bar exam. This 2-hour test contains 60 questions, of which only 50 are scored. The passing score will vary depending on which jurisdiction you’re in, but making sure that you’re well-prepared for the big day is the best way to ensure you’re successful.