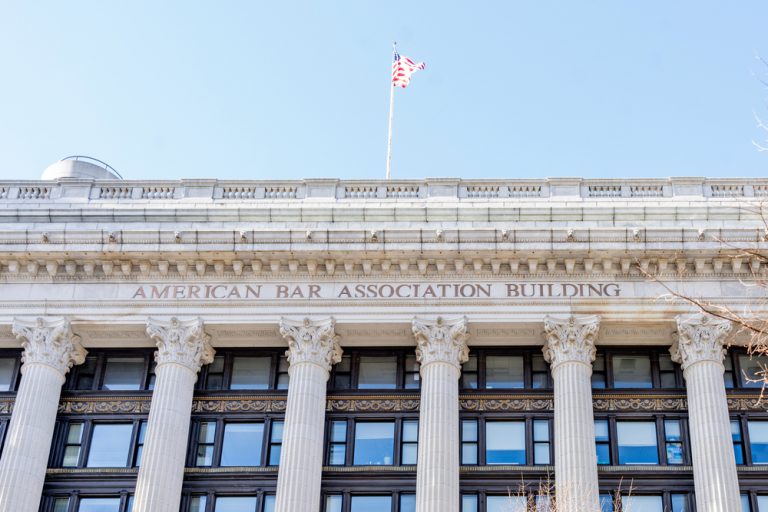 If you’re pursuing a law degree, you’ve probably heard of the Uniform Bar Examination or UBE. The UBE is a multi-state law exam that allows state administrators to test students based on general legal knowledge that applies across all 50 US states and territories.

The UBE is a uniform exam, which means that it’s graded and administered the same way everywhere. This also makes the exam portable for students that want to transfer scores to other states. While the exam results are transferable, each jurisdiction sets its passing scores. States also have the option to add additional components to  the exam.

The exam covers multiple-choice questions, essay questions, and situational tasks. The benefit of the UBE is that the scores can transfer between states that administer it. Created in 2011, the exam is conducted by 26 states.

A Brief History of the Uniform Bar Examination

The UBE was created by the National Conference of Bar Examiners (NBCE) in 2011. When it was first created, only Missouri and North Dakota were on board. Growth was stagnant during the first year, but early success in its first states propelled the exam into the national spotlight.

2017 was a year where the UBE saw steady growth across the country. Formerly opposed states saw the positive results of the exam and adopted the exam. The jurisdictions that adopted the UBE in 2017 include South Carolina, New Jersey, Connecticut, Maine, West Virginia, and the U.S. Virgin Islands.

With the exam gaining popularity, other states have since gotten involved. As of 2020, North Carolina, Arkansas, and Ohio have decided to embrace the UBE. Even a holdout state like Texas is set to administer the exam in 2021. With more states adopting the exam each year, there is a good chance that more states and jurisdictions will get involved in the coming decade.

The UBE has been met with both praise and criticism. People like the Dean of Berkeley Law, Erwin Chemerinsky, believes that his home state of California should adopt the exam. On the other hand, the state of New York is considering withdrawing from the exam because it harms the interest of the state. These are only two examples, but there are many more on both sides.

What’s on the Uniform Bar Examination?

The Multistate Bar Examination is administered every jurisdiction in the country, excluding Louisiana and Puerto Rico. The test consists of two hundred multiple-choice questions from common law, the Uniform Commercial Code, and civil procedure. From these subjects, the questions are broken down to cover a wide array of topics.

Students that take the exam are graded on 175 out of the 200 questions. Twenty-five questions are left as “test” questions, but they’re indistinguishable from the other questions on the exam. This portion of the exam counts for 50% of the UBE score, and students can receive a score between 0 and 200. The MBE is tested on the last Wednesday of February and July.

The Multistate Essay Examination is more complicated than the MBE and consists of six essay questions. Each student has thirty minutes to complete each question, and there is a vast topic pool that jurisdictions can choose from. Topics on the MEE include business associations, contracts, criminal law, family law, evidence, torts, real property, conflict of laws, and federal civil procedure.

The questions on the exam are created by the National Conference of Bar Examiners. The committee receives help and review from outside academic sources to ensure the questions are high-quality and relevant. The MEE is tested on the Tuesday before the MBE in February and July. It also counts for 30% of the UBE score.

The MEE focuses on several aspects of writing to ensure that students have a grasp of crucial law concepts. The exam tests a student’s ability to identify legal issues in real-life scenarios, distinguish relevant and irrelevant information, present well-written analysis of key concepts, and portray an understanding of fundamental legal principles.

The Multistate Performance Test is the most diverse portion of the exam. While it’s part of the UBE, the jurisdictions administering the examination are in control of its content. This leads to diverse questions and situations dependent on the state you’re taking the exam in.

While the UBE is gaining support from more jurisdictions each year, it’s not available in every state. So, take a look at the states that administer the UBE to see if yours is included.

While the UBE is a uniform exam, that doesn’t mean every aspect is graded the same. The jurisdictions are responsible for the following:

The Future of the UBE

While the UBE has received a mixed reception, even in states like New York that have adopted it, the UBE has a bright future. More states will likely adopt the examination because everything is portable, and the exam prepares students for real-life law situations.

One example of a state where the UBE has promise is in Indiana. The Indiana Supreme Court recently created a commission to review the UBE. While the state was opposed to it in 2017, the commission recently recommended that the state should implement the UBE in 2019.

Kentucky is another example of a state that’s poised to adopt the UBE. The Kentucky Supreme Court Review Commission opposed and shot down the bill in 2015, but Bill Cunningham, the former Justice who led the commission, believes that Kentucky will adopt the UBE at some point in the future.

Some more states that have a positive outlook for the UBE include Pennsylvania, Oklahoma, and California. In Oklahoma, a decision will be made in December of 2020. Pennsylvania is likely to decide within the next few years, and while California is still mostly split on the idea of implementing the exam, the dean of Berkeley Law approves.

While many states are poised to adopt the bar, New York, Virginia and Nevada remain opposed to the UBE. Nevada implemented the exam over the past few years but has pulled the MBE and MEE for 2020. New York is also likely to remove the exam, and Virginia believes that it goes against state interests.

Overall, the UBE has a bright future. Some states are opposed to it because it focuses less on state-specific values, but this is likely to change. The exam is still in its infancy, but as it develops, states will be more inclined to jump on board.

If you’re considering taking the bar exam, it’s a great idea to take a UBE. Even if states are slow to adopt it, the portability of the exam is a game-changer.

The Uniform Bar Examination has been around for almost a decade, and it’s continuing to grow. While the exam is not available in every state, since the results transfer it opens up doors for you to practice law in more than one state without taking another exam.

While the Uniform Bar Examination is a newer test, there are plenty of resources that can help you prepare. Be sure to look for tutors and practice exams to help familiarize yourself with the questions. The best path to success is one that’s filled with preparation.

Taking a UBE is not mandatory. That said, it’s a good idea to sit for the exam. The ability to practice law in multiple states can lead to a fruitful career and more opportunities.