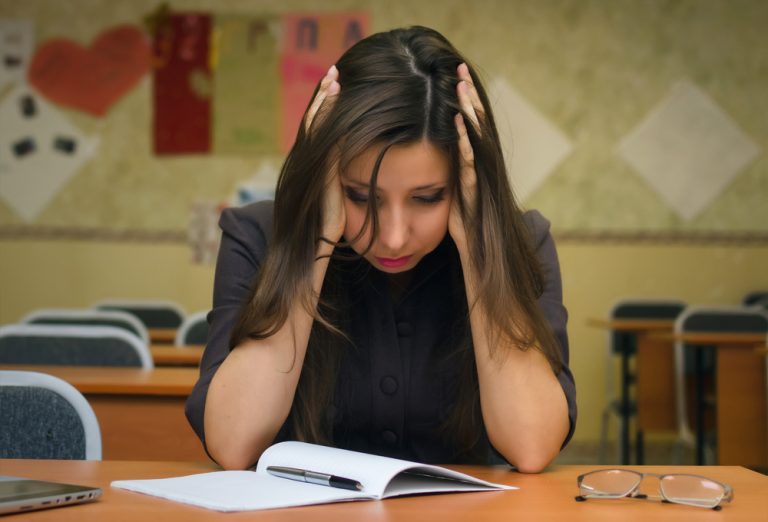 Failing the bar exam can feel like the end of a long road. You’ve spent all of this time studying for this one moment and it slipped through your fingers. Unfortunately, doubt and panic will likely fill your mind. You might even think it’s all over and that law school was a waste of time. The good news is that we’re here to help.

Read on to learn about 10 famous people that failed the bar exam.

Michelle Obama used to be the First Lady of President Barack Obama. She made a name for herself during this period as she spoke out against obesity and the systemic racism faced by African Americans. Today, Michelle Obama is a published author and professional public speaker. She’s known for speeches that inspire people to change their lives and challenge the status quo; she’s truly a unique and powerful woman.

While she’s known for her accomplishments, Michelle Obama has also had some failures in her life. When she took the bar exam for the first time, she failed but she didn’t let it stop her. She went on to pass the bar exam on her second try and went on to practice property law at the firm Sidney & Austin. Overall, Michelle Obama has faced a ton of adversity, but she never let it stop her.

Franklin D. Roosevelt is one of the most famous presidents in United States history. Commonly known as FDR, he inherited a United States that was in shambles because of the Great Depression and the imminent threat of World War II. For his success in meeting these national challenges, he’s earned the title of one of the best presidents the country has ever seen.

Still, many people don’t know that the great FDR struggled with the bar exam. On his first attempt, he failed the New York State bar exam. This didn’t stop him, though, as he eventually passed the exam in 1907. From there he went to one of the best law schools at the time, Columbia Law School, but later decided to drop out and pursue bigger things (like the presidency).

Secretary of state and former presidential candidate, Hillary Clinton, passed the bar exam in Arkansas but failed in Washington, D.C. While this was the case, she didn’t let her failure stop her from achieving success. She went on to participate in the government and became the Secretary of State. Furthermore, Hillary Clinton went on to run against President Donald Trump and won the popular vote.

After Hillary Clinton failed the bar in D.C., she did not continue to pursue law. Instead, she used the opportunity to pursue a career in politics. With that said, those who fail the bar exam still have a plethora of opportunities to choose from—even if law is now out of the question.

California Governor Jerry Brown failed the California bar exam on his first attempt. While he failed on his first try, he went on to pass on the second try. Then, Jerry Brown became one of the most influential men in California’s history. He served the state in political roles such as the mayor of Oakland, and was the 34th and 39th governor of the state.

While these accomplishments are enough for most people, Governor Jerry Brown also served California in other ways. For example, he went on to become the California Attorney General. Jerry Brown’s life and career are proof that failure on the first try means nothing.

John F. Kennedy Jr. had some big shoes to fill. John F. Kennedy Jr. was the son of President Kennedy and did a good job of filling his father’s shoes in many ways. While he is best known for his work as a lawyer, journalist, and magazine publisher, he was also famous for other reasons. He was voted as the most handsome man in America three times, so sometimes looks do prevail.

While John F. Kennedy Jr had an influential life and notable career, he didn’t get off to the best start. It took him a few tries to pass the bar exam, but he eventually passed on his third attempt. So, even if you fail the test more than once, you can always keep trying.

Ed Koch lived a notable life in one of the hardest states to achieve success, New York. With a fast-paced lifestyle and growing city, Manhattan and other boroughs of New York City are well-known and respected. During his career, Ed Koch served as the city’s mayor and made many changes that improved the city. Ed Koch also served in the House of Representatives.

While Ed Koch was eventually successful, he encountered some failures early on. He failed the bar exam on his first try but went on to pass it on his second try. This helped him begin his career as a lawyer and caused him to evolve into the man most people know and love.

Kathleen Sullivan is a powerful woman that never lets failure get her down. While she faced adversity and discrimination growing up, she never let it get in the way of her success and career. She failed the bar exam in 2005 and was unable to secure a job at the firm she was applying for. It took years of hard work, but she went on to pass the exam on her second try.

Kathleen Sullivan went on to become a partner at the same firm she failed to enter her first time around: Quinn Emanuel Urquhart & Sullivan. Then, she went on to serve as an attorney who has been involved in several Supreme Court cases. Finally, Kathleen Sullivan became the dean of Stanford Law. With that said, Sullivan proves that a fruitful career in law can still be accomplished if you fail the bar on your first try.

Benjamin Cardozo is one of the most famous lawyers in the country’s history. While he failed the bar exam on his first try, he later went on to serve as an Associate Justice of the Supreme Court. Benjamin Cardozo was also the Chief Judge of the New York Court of Appeals, so it’s safe to say he had a noteworthy career in law.

David Patterson is one of the most interesting people on this list. He faced a lot of adversity because he was both blind and African American. At the time, this made it difficult for David Patterson to achieve success. Still, he did not let that stop him. After failing the bar exam on his first try, he passed on his second try.

Pete Wilson is another famous person that struggled with the bar exam. Instead of failing the test once, Pete Wilson failed the exam three times. Still, he didn’t let this stop him from having a heroic career as a public servant and lawyer.

Pete Wilson went on to have an impressive career. He was the 36th Governor of California and served as a Republican United States Senator. Pete Wilson was also the mayor of San Diego and served as a state assemblyman. While it took him four tries to pass the exam, it’s clear that hard work pays off—even if it takes a long time.

Failing the bar exam can feel like a nightmare, but it doesn’t have to be. Sure, you’ll have to study harder and take the exam again, but it’s possible to have a fulfilling career if you fail. The fact that you were in the position to take the exam says a lot about your character, motivation, and determination. While it’s easy to give up, we encourage you to study harder and “fail forward,” as they say.