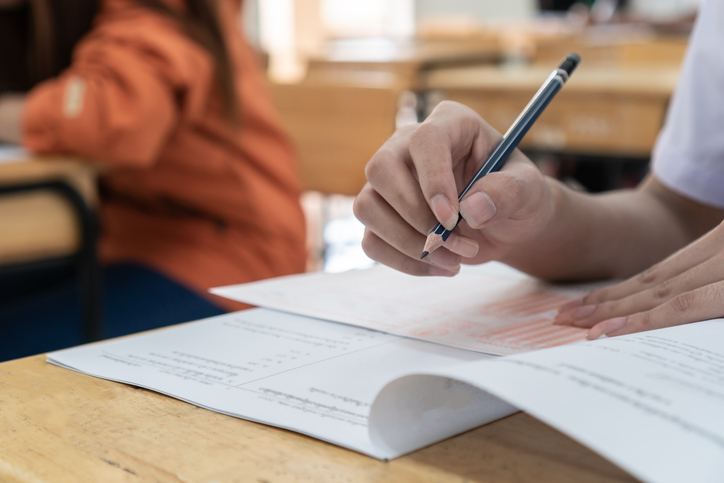 The bar exam is one of the hardest exams you can take. Depending on your state, the exam can be split into multiple sections, and US law comes with a lot of terminology you need to learn. This makes passing the bar on your first try difficult, but not impossible.

According to the American Bar Association, 74.82% of law students that took the bar exam within two years of graduating passed on their first try. While this is well above 50%, the passing rate has been on a steady decline. In 2015 and 2016, the passing rate was 88.49, lower than the historic average. The data doesn’t lie; the bar exam has gotten more challenging.

While the national average is 74.82%, the passing rates in each state varies. Some states have higher percentages than others, with California having a passing rate of 44.42%, compared to Oklahoma’s 81%.

These are extreme examples, and most states maintain an average between 55-70%. These numbers vary based on population density and the number of available law schools. So, what do these numbers mean? And why are we telling you this?

A lot of people will have to take the bar exam more than once. Understanding that the bar exam is one of the hardest exams is essential. It’s a two-day experience that determines whether or not you’re going to be a lawyer.

With abysmal passing rates, don’t be hard on yourself if you fail the first time. The good news is that once you’ve taken it, you know what to expect the second time, and you’ll have more to focus on with test preparation and tutors.

Many students want to pass the bar exam on their first try, which is understandable. The bar exam becomes the last stepping stone in a long journey of becoming a lawyer. While many students need to pass the exam quickly, rushing isn’t always the answer. Take your time, keep anxiety levels down, and familiarize yourself with your state’s bar exam limitations.

There are plenty of states that allow you to take the bar exam as many times as you need. Only twenty-one states and territories have limitations, and some of those limitations are discretionary. Even in states that have limits, you’ll still have between 2 and 6 chances to take the exam. If you’re curious about your state, read on.

States With No Limits

Most states and US territories don’t have limits on the number of times you can take the bar exam. Even if you’ve failed nine times, you can keep on trying. These states are home to some of the best lawyers, so the amount of times the bar is taken does not reflect a state’s legal prowess. For example, to settle any negative stigma surrounding states with no exam limits, California is home to the highest-paid lawyers in the US, with a median income of $171,550.

If you live in a state that has absolute limits, you can only take the bar exam a specific number of times. While the number allowed by each state varies, the standard limit is between four and six attempts. If you fail on the final effort, you won’t be able to take the bar exam again in that state.

Even if you fail on your final attempt, you don’t need to put your dreams behind you. Simply venture out to another state and try your luck there. With a law degree, it’s not difficult to start over in a new state.

Some states allow you to take the test more than once but have a discretionary limit. Like states that have an absolute limit on the number of times you can take the exams, you’ll be cut-off from retaking the bar exam once you fail between 2-6 times.

What sets these states apart from states with absolute limits is that unique situations can give you the ability to retake the bar exam. Discretionary limits vary, and some states are more lenient than others.

What Are Discretionary Limits?

Discretionary limits allow you to appeal if you want to retake the bar exam. Appeals come into play once you’ve exhausted your state’s mandated limit. It’s challenging to determine what each state means by “discretionary,” but we have a few examples for you.

Arizona has limits in place but doesn’t always follow them. Many students in Arizona have been able to retake the bar exam; the only caveat was that they had to ask. Keep in mind that this is one mild example, and most states will require proof of extraordinary circumstances.

Utah is one of the more relaxed states when it comes to bar exam retakes, and allows up to six attempts. According to Utah’s bar exam rules, the exam can only be retaken or adjusted if a student can prove that there was an error or irregularity during the exam.

While Iowa only allows you to take the bar exam twice, they take discretion and discrepancies seriously. If a student fails the exam and can prove that the administration was at fault, their only hope is an appeal to the Supreme Court.

In some states, you can appeal a failure on the bar exam. If you can prove that something went wrong during the exam and your scores were unfair, you can apply to have it re-graded.

Appeals don’t always work, nor does every state allow them, but if you believe you deserved to pass, a request can be worth the try. There are six states known to have an appeal process, so we’re going to go over each one briefly.

According to Indiana’s Supreme Court Admission and Discipline Rule 14, applicants that score between a 255 and 263 can appeal. Applicants have up to fourteen days after they receive their score to file, and once registered, the board reviews it.

Michigan is the easiest state to win an appeal. If students believe they should have scored higher on their essay portion of the exam, they can send an appeal. The appeal consists of a persuasive essay explaining why a higher grade should have been given.

Mississippi uses an interesting appeals process. Excluding the MBE, students that received less than 75% on the MSE, MEE, and MPT exams can appear in-person to argue their grades. Upon the completion of an appeal, three members of the board will review the essays in question.

Guam allows students to send in appeals, if they qualify, surrounding the essay portion of the exam. Applicants can have up to three exams graded again or reviewed for a higher score.

Connecticut is strict with their appeals. While students are allowed to make them, a student must have sufficient proof that a clerical error has been made or that the Committee made a grading mistake.

If a student in Iowa can prove that they failed for reasons out of their control, an appeal to the Iowa Supreme Court can be made.

According to Utah’s bar exam rules, an appeal can be made if there were irregularities in the exam or how it was graded. An appeal can be filed to have the exam re-graded or retaken.

Whether you’re on your first attempt or third, it’s crucial to start studying today. Even if your next exam is weeks or months away, getting a head-start can be the difference between passing and failing the bar exam. So, make sure you’re up-to-date with your state’s guidelines and get ready to pass the bar.

Take plenty of practice exams to familiarize yourself with the structure of the test and seek out tutors if you need them. There is no shame in getting a little bit of help when you need it. Good luck!